Only about an hour and a half to two hours drive from Adelaide are the Ardrossan fishing and grain jetties. On a flat calm day one can easily swim from the boat ramp (or the small beach just right of the boat ramp, although the bottom near the beach can be quite muddy) to the long grain jetty. If there is a bit of current or some surface chop, you can also dive the smaller (but still quite long) fishing jetty.

Entry is via one of the stairs on the left or right side of the jetty. There is a stairs close to shore, but we only recommend getting in via those steps when it’s a very high tide, as on a low tide it can be only about a metre deep here. It’s better to jump in near the second set of stairs, closer towards the end of the jetty. It’s still shallow there, but at least you can make a normal descent here, as it’s a few metres deep. Towards the end and in some spots on the sides of the jetty it gets down to about 6 metres deep.

The pylons are nicely overgrown with weeds and soft corals. Expect to see many nudibranchs (mainly ceratosoma Brevicaudatum – the very well known orange nudibranch that you can find at most dive sites in South Australia) and heaps of crabs. This must be the crab capital of South Australia, as there are literally crabs of all variaties everywhere. If you look closely you may also be able to find some pipefish and we’ve seen a large pistol shrimp (alpheus novaezelandiae) here as well – if you find one, use both your eyes and your ears as this species has a peg-like snapping piece (piston) at the base of the finger in the claw, which makes a cracking sound when it slides into the socket of the fixed finger, which you can hear underwater!

You can easily spend an hour under this jetty looking around, but it’s a very popular fishing and squidding jetty, so try to stay under the jetty so you don’t get caught in one of the many lines!

In summary, this is not the best jetty dive on the Yorke Peninsula but it also certainly isn’t the worst. Don’t expect to see large schools of fish or larger animals near the jetty, but if you keep an eye out for the smaller stuff, you’ll find some cool things down here! 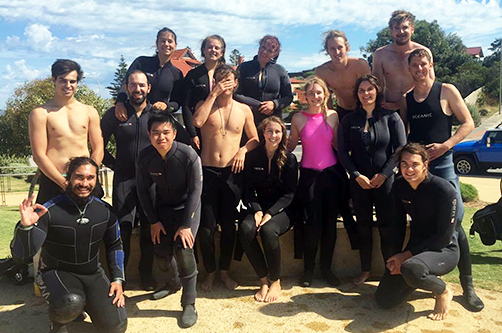 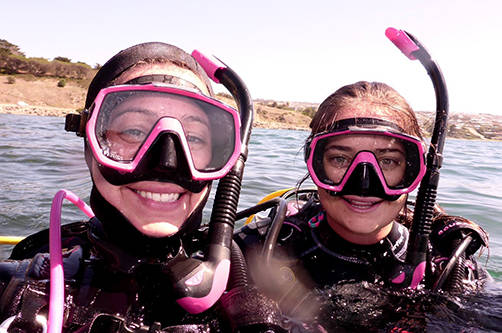 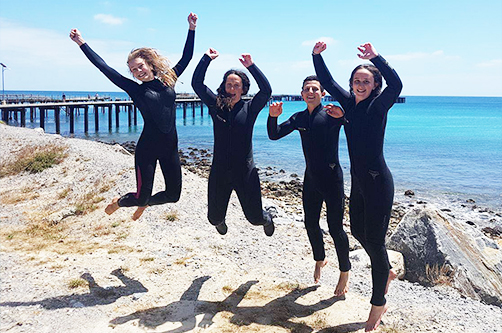 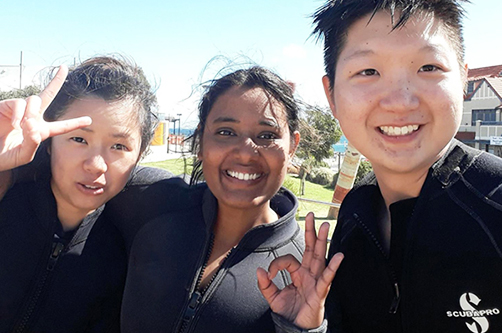